The SOA is thoroughly committed to preserving the health of Lake Placid’s Ecology. We have established a fund used exclusively for the prevention and control of invasive species in Placid Lake. This fund supports the Adirondack Watershed Institute stewards who inspect boats and operate the boat washing station, and the divers who harvest invasive species from the lake once they are detected. In 2018 divers harvested more than 1000 pounds of milfoil from Lake Placid, significantly more than in prior years. Increased efforts are required to control the spread and prevent further invasion. Consequences of infestation are severe -- from degraded water quality and recreational opportunities to declining property values and tourism revenues. Your support will help protect the health of Lake Placid and preserve its legacy for generations.

These consequences have the combined effect of destroying the natural habitat of the lake and adversely impacting real estate values and the vibrancy of the community. We are working together with state and local governmental agencies and conservation organizations to prevent and control the invasion. First, is the Stewardship Program administered by the Adirondack Watershed Institute of Paul Smith’s College. Second, is the engagement of qualified divers that specialize in the search and removal of invasive species. We are investigating additional measures to prevent the introduction of invasive species at access points that are not currently under protection by the Stewardship Program.

The Stewardship Program is an Adirondack-wide program employing 144 stewards who monitor 67 Boat Launches and 20 Decontamination Stations as depicted in the Map below.

It is essential that the Stewardship Program on Lake Placid continues and expands. New York State has recognized the importance of preventing the spread of invasive species. They signed a five-year contract with Paul Smith’s College to fund two Lake Placid stewards, five days a week -- one at the DEC Launch and one at the Decontamination Station.

Inspection and Removal of Invasive Species in Lake Placid (Control)

Despite our efforts to keep invasive species out of Lake Placid, variable-leaf watermilfoil (milfoil) was discovered in Paradox Bay in 2009. To control the spread, we employ divers every year to remove the milfoil and to prevent it from taking root in other areas of the lake. In 2017, our divers harvested over 1,000 pounds of milfoil from the bay. Normally, they complete the harvest in two days and spend two additional days searching for possible new areas of growth. This year, all four days were spent harvesting milfoil in Paradox Bay.

If left unchecked, milfoil will take over Lake Placid making it unsuitable for swimming or boating. This will impact the overall ecology of Lake Placid. Below is a photograph of milfoil on Fish Creek. This is not what we want for Lake Placid.

The video below shows divers harvesting milfoil from Long Lake: 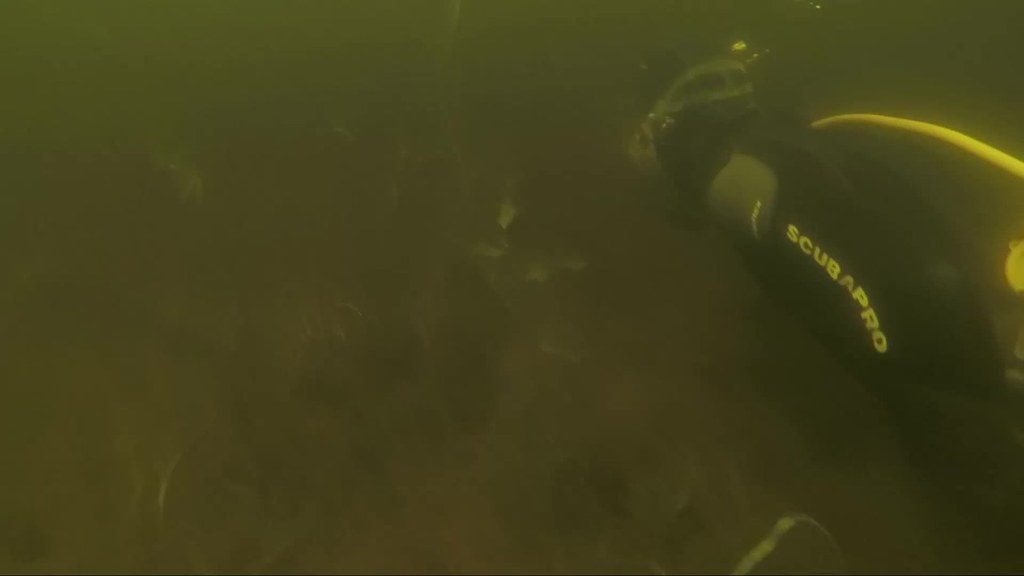 Please Join Us in our Efforts to Protect the Lake

The current cost to maintain the Stewardship Program and the milfoil inspection and removal program is estimated at $70,000 a year. And this is only the beginning. Our goal is to raise sufficient funds to continue the programs and to ultimately expand them to include mandatory boat inspections. To accomplish this goal, we established the Invasive Species Prevention Fund for Placid Lake. This fund is administered by the Adirondack Foundation, a tax-deductible 501(c)(3) organization. This Fund is used exclusively for the prevention and control of invasive species in Lake Placid.

Invasive Species at your Home

Lake Placid now has a Boat Wash Station, located next to the DEC launch. It is available for everyone, free of charge, 7 days a week, from Memorial day to Labor day thanks to the joint partnership of the Town of North Elba and the SOA, which applied for and was awarded a $193,000 New York state grant in 2016. The Boat Wash is staffed, so just pull up and watch your boat's exterior and bilge get cleaned by 140-plus-degree water. In fewer than ten minutes you can help keep the waters of Lake Placid safe. It's a great way to get you boat washed, and help fight the spread of aquatic invasive species.

Be sure to use the Wash Station at the boat ramp to clean your boat prior to launch and prevent the spread of invasive species!

The SOA has been involved with the Paul Smith Steward program since 2000. Milfoil extraction is an expensive undertaking for any small organization, which makes the Steward Program a smart choice. The coverage expanded over the years as the Invasive species threat grew. There are now spiny flea and other micro-organisms that can’t be seen but cause irreversible damage. Luckily, the boat wash station that can deal with this.

Each year volunteers from the SOA membership participate in a shoreline survey of Lake Placid to monitor plants growing on the lake bed. Identifying changes, both native and invasive is key to staying ahead of the invasive threat. This task is well suited to paddlers as the area of concern is the lake floor in less than 15 feet of water.

The SOA will conduct a brief volunteer training to introduce survey techniques and highlight the main species of concern. We encourage members to attend to learn about the threats to the lake, and to meet your neighbors. Please see your newsletters for more information.

Only 2.5% of the water on earth is fresh water, and of that only 1% is suitable for drinking. Lake Placid is included in that 1%, classified as an “AA” lake. It is a beautiful resource and it is on us to keep it that way.

Volunteers from the SOA perform tap water tests for camp owners to detect coliform and E.Coli, both of which state standards stipulate are zero tolerance. Occasionally positive tests occur at various locations around the lake, often due to waterfowl or wildlife waste that has flowed near a water intake when a sample is drawn. Additionally, leaching from faulty septic systems can cause a positive test, so it is strongly recommended that shoreowners diligently inspect their system for leaks and make necessary repairs.

For generations, many shoreowners have been drinking unfiltered water directly from the lake. More recently shoreowners have been installing filtration systems to ensure high quality drinking water. For those who choose to do so, the minimum recommendation is a particulate filter with a .5 µm cartridge, followed by an ultraviolet filtration system.